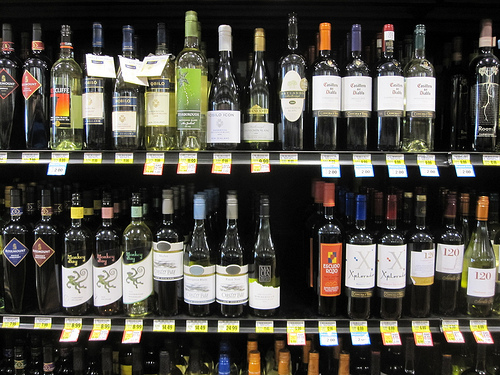 Italian wine exports are currently in a very positive phase that is seeing them re-qualified, in a sense, according to the latest round of data dedicated to the matter. This upgrade process views wines protected by either a Denomination (DOC or DOCG) or geographical indication (IGT) as the main protagonists, since they make up the lion’s share of non-sparkling Italian bottled wine exports.

Exports of DOC-DOCG wines have gone up constantly from 2010 to 2014, going from 1.5 to 1.8 billion Euros in value. In 2010, 30% of all exported wines were priced under 3 Euros (for 450 million Euros in value), but now this segment has all but dried up, dwindling to a minuscule 3%. The 3 to 5 Euros range is the one that has grown the most, from 2010’s 752 million Euros to the billion Euros of 2014, reaching 60% of the total.
The tier of wines priced 5 to 7 Euros has done even better, since it has doubled its market share (17% to 33%), and with turnovers growing, remarkably, even more than that, from 255 to 610 million Euros. Even top tiers, especially over 9 Euros, are doing fine. They have reached a 4% share in 2014, mainly due to a slower repositioning of Italian wines on the most lucrative markets.

Don’t forget to download Wine by Numbers, for quarterly updates on the global wine trade: it’s free, and easy to read. Click here for starting the download