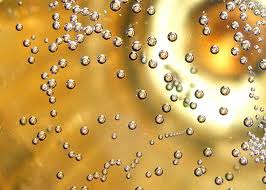 Sparkling wines confirm their strongly positive trend registered in the first three quarters in almost all major importing countries. The total of the 11 markets monitored by our magazine jumps up to 4.4 million hectolitres, with a growth close to 10% and a value of over 3.5 billion dollars, thus increasing by 5% versus 2015. The more moderate growth performance, recorded with regard to values, considers the currency dynamics that mainly concerned the British Pound.

In the long term (since 2012), the indicators measured in CAGR show a 7% upturn in volumes, but a weaker increase in values, just 2%. However this proves that – beyond the currency dynamics, – the sparkling wine sector produces a lot in volumes, however neglecting the value part. This may appear nonsense, considering that we are speaking of the only sector that is expressing important demands from the markets, which should theoretically turn into a constant price growth, but they actually do not.

In general, the key players of the upturn are the UK and the USA. In the first market, the total imports amount to 1.5 million hectolitres (+13%), of which a little less than 1 million is imported from Italy (+27%). On the contrary, a decrease is reported with regard to Champagne and Cava. For Italy, obviously, Prosecco is the most imported wine: thanks to another of the numerous records registered in the last year’s quarter, the annual total imports exceeded half million hectolitres (+31%), for a value climbing over 140 million GB pounds. Prices are recovering: in 2016 they were close to 2.62 GB pound per litre, thanks to a fourth quarter well firm at 3 and after remaining at an average of 2.35 for the whole year 2015. The current rebound trend of quotations will have to be confirmed this year, in a country that must cope with the Brexit, not only as announced but in its real effects.

Now, let us examine America, where the growth performances of the market are around 18%. Here Italy scored a value increase of 34 percentage points versus 2015 and prices rising by 4%. The Italy’s effect also benefitted the French (+4%) and the Spanish (+4%), even if the performances of the fourth quarter slowed down the trend pace maintained until September.

A strong expansion is going on in the Canadian market, which closed at about 11% of volume/value average growth. Even here the highest contribution is provided by the Italian dynamics (+20% cumulated volumes) and even the producers of sparkling wines all over the world are largely taking advantage of this situation.

In Japan, beside the positive trend of the Spanish (+6%), at the end of the year, Italy comes up, managing to reach a weak +3% versus the zero registered until September. It was a neutral year for Champagne, whereas the Chilean product is unstoppable, exceeding the threshold of 3.5 million litres, for a value of 1.5 billion yen (+25%).

Germany confirms its widely negative dynamics with regard to volumes in the first nine months (-5%), even if values keep up and improve the +5% of September by one point. France is rebounding, whereas the negative trend of Cava goes on (-15%), allowing Italy to record a moderate volume growth (+2%), which becomes +11% in value terms.

If we observe the record of the trend curves, the three European countries are now close to 20 million litres per year. Nevertheless, while the French have been there since 2010, the Spanish and the Italians have reached this amount by falling down from higher peaks: Italian sparkling wines totalled around 30 million until 2011, whereas the Spanish curve shows the typical gull wings: 30 in 2007, then 15 in 2010, up again to 30 until 2013 and tumbled to the current 20. To sum up, the foreign market lost a total of about 40 million litres product over a period of 10 years. If the UK and the USA did not compensate for this performance, we would worry more, while writing these notes.

Finally, to better understand Russia, its situation must be considered quarter by quarter more than in the final annual balance, however improved versus 2015 (more than +10%), but still very far from the pre-recession levels (750,000 hectolitres are still missing compared with the averages before 2015).

The last year’s quarter marked a +15% in volumes, proving constant recovery trends versus 2015 when quarterly trends showed a drop widely below 35%. Even in value terms, the 24% increase in September-December confirms the situation improvement started since June. Little by little, finally the market tries to come back to a peaceful situation and to regular supplies. Nevertheless, at the moment, mostly the Spanish (+30%) and the French (+40%) are taking advantage of this situation, to the detriment of the Italians: the year’s closing showed a moderate +3%, but it should be considered that until September the outcome had been still negative.

To see the charts and all the figures, get the new edition of Wine by Numbers Quarterly Edition, totally free for download: click here